Parkinson’s disease affects more than 6 million people worldwide. This neurodegenerative disease is characterized by the death of dopaminergic neurons in the substantia nigra pars compacta, with intracellular accumulation of alpha-synuclein aggregates known as Lewi bodies. This neuronal loss leads to a decrease in the neurotransmitter dopamine that cause mainly motor symptoms, like tremor, rigidity, and slowness of movement. Cognitive and behavioral problems can also appear.

However, other cells are involved in the pathological mechanism of this disease. In particular glial cells like astrocytes participate to the neuro-inflammation found in neurodegenerative disease and in alpha-synuclein regulation. Indeed pathologic alpha-synuclein release from neurons activates astrocytes, but some mutations associated to Parkinson’s disease impair lysosomal protein degradation in astrocytes and lead to the accumulation of alpha-synuclein. Moreover, the oxidative stress results in the release of pro-inflammatory mediators from astrocytes, and also unknown toxins that promote dopaminergic neuronal death (Kam et al. 2020).

Interestingly, neurodegenerative disease involve not only the cells but also the extracellular matrix. Indeed, its composition is altered in Parkinson’s disease, with in particular abnormal levels of glycans, including proteoglycans (van Horssen et al. 2003; Dwyer and Esko 2016; Freeze et al. 2015). Matrix modifications can impact on the biochemical signal retention or diffusion, and thus on cell response.

If you need more information about our cerebral in vitro models in 3 dimensions, feel free to contact us! 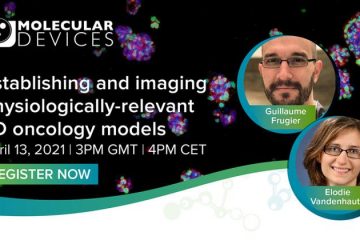 Have you missed our last webinar with Molecular Devices about 3D oncology models? In April, our project leader Elodie was talking about how to establish and image physiologically relevant 3D cancer in vitro models, using Read more… 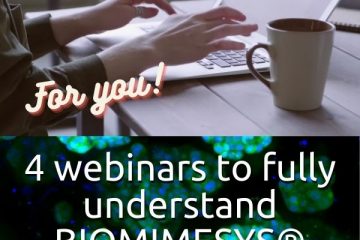 All you want to know about BIOMIMESYS® in only 4 webinars!

Since the beginning of this year we have created four webinars to present our BIOMIMESYS® technology and practical uses. We have chosen to focus on the scientific side of our innovation by presenting results in Read more… 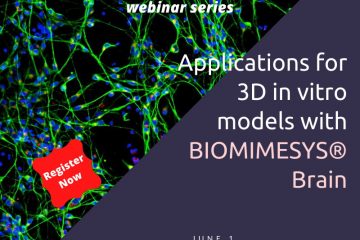 Applications for 3D in vitro models with BIOMIMESYS® Brain

Pharmaceutical industry is facing a very high failure rate in drug discovery, with 90% of failure in clinical trials. This is particularly true for central nervous system applications, with a rate of 30% safety failure Read more…