The extracellular matrix (ECM) is the non-cellular component of tissue. Its is mainly composed of structural and adhesion molecules, such as hyaluronic acid, collagene, proteoglycans, fibronectin, elastin, although its specific composition and structure vary between different tissues. It is a dynamic structure, which is involved not only in the cell adhesion, but also in cell proliferation, differenciation, migration, and maturation, in biochemical and biomechanical cues transmission, and in growth factor modulation. Therefore, the ECM is essential to organ physiological functions.

However, its composition and its organization can be modified in pathological conditions, for example in case of inflammation of tissue damaged by external aggressions. Repeated injuries can lead to pathological mechanisms such as fibrosis, where the production of ECM is dysregulated, leading to its accumulation in scar tissue. Fibrosis can facilitate the initiation of cancers, which are characterized by the excessive proliferation of cancer cells carrying major genetic alterations. Indeed, its remodeling leads to an increased stiffness of the ECM, which promotes the survival, the proliferation, the migration and the invasion of cancer cells, leading to the formation of secondary tumors, also known as metastases.

Cancers are known for their difficulty in their elimination, in particular in case of resistance to conventional therapy, like chemotherapy, or in case of metastases. The important role played by the ECM in the development of cancer makes it a very attractive target for new therapeutic approaches.

In this context, HCS Pharma has developed BIOMIMESYS® Oncology, a hyaluronic acid-based hydrascaffold with adaptable stiffness, which mimics the ECM and allows to culture cancerous cells in 3 dimensions in a relevant microenvironment. Fell free to contact us if you want more information about BIOMIMESYS®! 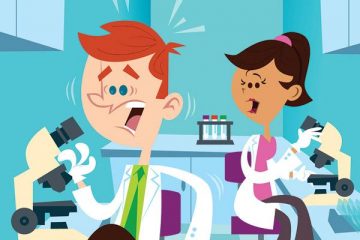