The Extracellular Matrix (ECM) is a major component of all the organs. This dynamic structure is involved not only in cell adhesion, but also in physiological processes, including cell differentiation, migration, and maturation, tissue homeostasis, biochemical signal retention and mediation, and growth factors’ retention. Moreover, the ECM can be abnormally modified and participate in pathological mechanisms, including the initiation, the progression and the propagation of cancer.

Indeed, lung cancer does not only depend on mutations of cells, but also on its interactions with the extracellular microenvironment, like the misexpression of collagens, laminins, proteoglycans, proteases and integrins.

First of all, repeated lesions of alveolar epithelium can lead to a deregulation of repair mechanisms, leading to interstitial tissues degradation and its replacement by scar tissue, formed as a rigid ECM; this phenomenon is called fibrosis, and is the first step of cancer. Indeed, the rigidity and remodeling of the ECM in the pulmonary fibrosis could participate in the abnormal cell behavior, the activation of fibroblasts and the accumulation of extracellular matrix, leading to a vicious cycle.

These ECM modifications are then involved in the cancer progression. Indeed, the increase in the ECM rigidity and the overexpression of some components like collagens boost the cell proliferation, which is essential for tumor growth. Although the MEC accumulation in mainly achieved by the cancer-activated fibroblasts (CAFs) stimulated by TGF-β, cancerous cells can also secrete ECM molecules and participate to this phenomenon. The MEC modification also promotes angiogenesis, an essential process in cancer which allows to bring nutrients and oxygen to cancerous cells.

In addition, ECM modifications play an essential role in metastasis propagation, thought ECM degradation by MMP enzymes. This phenomenon allows the cells’ migration through the parenchyma to the blood vessel. Among other aspects, it has been showed that the α6β4 integrin, which is particularly overexpressed in lung cancer, is involved in cancerous cell invasion.

Finally, the increase in ECM rigidity can lead to a resistance to treatment by limiting drug diffusion. Therefore, the ECM is involved in each step of lung cancer. In this context, HCS Pharma develops new 3D in vitro models of lung cancer including the matrix thanks to BIOMIMESYS® hydroscaffold, in collaboration with OncoLille institute, with the objective to better reproduce cancerous process, identify drug resistance origins, and find effective treatment against lung cancer.

Feel free to contact us if you want more information about our BIOMIMESYS® matrix for 3D cell culture! 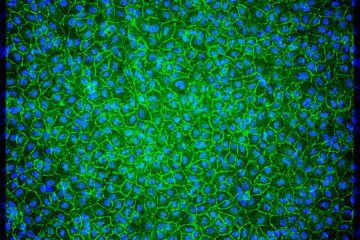 To treat brain disease is a challeging purpose, since the brain is protected by a barrier made by of tightly-joined endothelial cells of the cerebral microvessels, called the blood–brain barrier (BBB). To improve this route Read more… 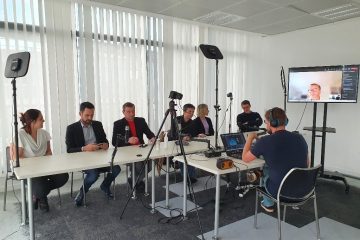 It was a pleasure to be invited by the french association France Immersive Learning in the meeting “Immersive technology in health”. We presented our own uses of VR (virtual reality) and AR (augmented reality) in Read more… 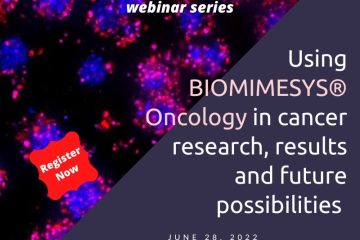