The brain extracellular matrix (ECM) has a specific composition. Contrary to other organs, this ECM contains a low level of fibrous proteins, like collagen and fibronectin. Actually it is mainly composed of proteoglycans, which are composed of sulfated glycosaminoglycans (GAGs) covalently bound to a core protein. Hayluronic acid (HA), a non-sulfated GAG, is also very abundant.

This specific composition impacts the properties of the brain ECM. Indeed, the ratio GAG/collagen is only 10:1, leading to a very low stiffness of the brain tissue, with a Young’s modulus of 0.5 to 1 kPa (Sood et al., 2016; Butcher et al., 2009; Akhmanova et al., 2015). In addition, HA is the molecule with the higher water uptake capacity in the human body (Day and Sheehan, 2001); thus, the brain ECM is a highly hydrated matrix.

The ECM has long been considered to play a structural role only. However, recent studies demonstrate that ECM is a dynamic structure whose components interact with each other and with cells. Indeed, HA is also involved in brain development, functions and plasticity.

Su et al. studied the role HA and is cellular receptor CD44 in adult hippocampal Neural Stem Cell (NSC) quiescence and differentiation (Su et al., 2017). In the adult central nervous system, NSC reside in niches in the subventricular zone and in the subgranular zone (SGZ) in the dentate gyrus of the hippocampus. The NSC are capable to neurogenesis and gliogenesis throughout life, in response to a variety of stimuli, such as learning or trauma. They express three hyaluronan synthases, making the SGZ rich in HA. Moreover, they express the HA receptor CD44.

They showed in vitro that proliferation was increased in CD44-null cells or after hyaluronidase treatment. Moreover, both conditions were linked to a delayed neuronal differentiation. On the contrary, treating wild type NSC but not CD44-null NSC with HA inhibited cell proliferation. These results were also found in vivo: mice lacking CD44 demonstrated an increased NSC proliferation in the SGZ. These results showed that HA – through its interaction with CD44 – regulated NSC quiescence and differentiation in the hippocampus. HA accumulation in the SGZ in aging may thus contribute to reduction in neurogenesis, leading to age-related decline in spatial memory.

More and more evidence show the importance of matricial microenvironment in organ functions; that is why HCS Pharma developed BIOMIMESYS®, a HA-based hydroscaffold, which allows to cultivate cells in vitro in three dimensions in a physiological microenvironment. If you want more information about BIOMIMESYS®, feel free to contact us! 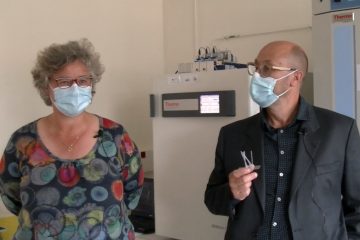 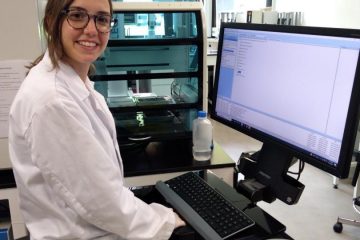 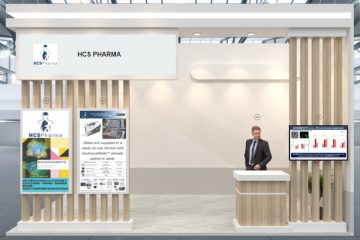