The aim of the study was to study the effects of fetal and adult ECM and matricellular proteins on neurons by means of an in vitro 3D model.

First they reviewed brain ECM composition: it is mainly composed of lecticans, but also of glycosaminoglycans (GAGs), in particular hyaluronic acid and a low fibrous protein level like collagen and fibronectin, with a ratio of GAG to collagen around 10:1.

They developed a donut-shape 3D scaffold with extracted porcine brain ECM, with an axon-rich middle region representing the white matter, surrounding by a region containing cell bodies like in the grey matter. Then they compared fetal and adult porcine brain ECM, with also commercial matrices, for example Matrigel® and collagen I hydrogel. They analyzed matrix compositions and they assessed primary rat neuron viability, network formation, calcium signaling and electrophysiology in the different matrices.

These results were obtained with extracted porcine brain ECM  and primary rat neurons. They highlight the impact of ECM on neuronal cell growth, and thus the importance to take into account the ECM component in in vitro studies.

If you want more informations about BIOMIMESYS®Brain, please contact us! 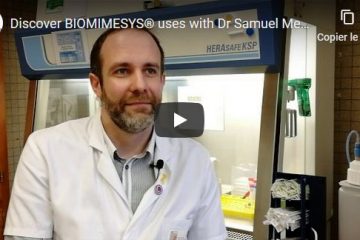 Let’s talk about BIOMIMESYS® uses (by our partners)

As we are involved in some very interesting projects, we have the chance to work with amazing specialists in many field. All these people help us to make the BIOMIMESYS® technology better, easier to use Read more… 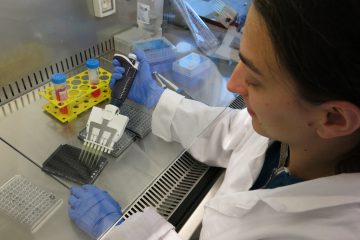 We are confined but we always work with you in 3D cell culture!

Dear all, We  hope this email finds you, your family and colleagues well!  We are available to discuss with you:– about your needs in high content screening/analysis services. We would be happy to organise videoconferences Read more… 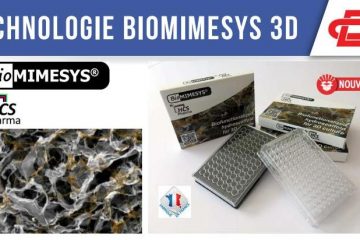 BIOMIMESYS® is now distributed in Europe by Dominique Dutscher SAS

Our BIOMIMESYS® products are now available in the Dominique Dutscher’s catalogue. We are very happy to work with such a famous company ! Founded in 1982 in Alsace (France) Dominique Dutscher SAS is specialized in Read more…