3D cell models are now attracting a huge interest from scientists working both on toxicity and pharmacology assay development. They are considered more relevant at mimicking the in vivo situation. However, phenotypic assays on these models can be challenging, and are at least more complex.

A team from Molecular Devices and Cellular Dynamics has worked on the “phenotypic characterization of toxic compound effects on liver spheroids derived from iPSC using confocal imaging an three-dimensional image analyis”. The results have been published September 2016 in Assay and Drug Development Technologies, and describe how the ImageXpress Micro Confocal High-Content Imaging System and MetaXpress High-Content Image and Analysis Software (Molecular Devices) were used to manage the phenotypic characterization.

Assuming that the approach may be extensible to more complex 3D systems, such as cultures containing multiple cell types (e.g., Kuppfer cells, fibroblasts, endothelial cells), they conclude 3D analysis would allow characterization of different cell populations and their roles in toxicity and liver injury.

The balance of skin microbiota in cosmetology

The skin microbiota refers to the microorganisms living on the skin, on its surface, but also more in depth. On 1 cm2 of human skin, up to a billion microorganisms are residing, including bacteria, fungi, Read more… 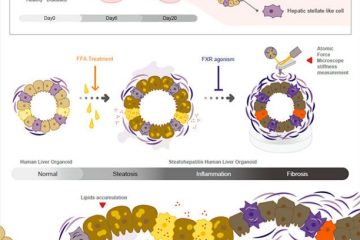 The current hiPSC-derived models are adapted to reproduce diseases of genetic origin in two dimensions and have allowed in recent years to model diseases by using hepatocyte-like-cells (HCL) such as: Alpha1-antitrypsin (A1AT) deficiency (Tafaleng et Read more… 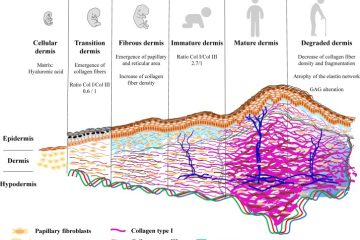 The link between extracellular matrix and aging skin

Human skin is largely composed of a collagen-rich connective tissue, which provides structural and functional support. This connective tissue which is the dermal extracellular matrix (ECM) produced, organized, and maintained by dermal fibroblasts and confers Read more…