Since the early eighties the advances in molecular biology created an emulation which led the physicians to build models using a genomic and/or a transcriptomic approach. The result was an increase in complexity of the drug discovery process and some retrospectives studies shows that “the majority of small molecule first-in-class NMEs* that were discovered between 1999 and 2008 were first discovered using phenotypic assays.” (Swinney and Anthony (2011)). In this context, phenotypic screening appears as an efficient partner in the process of drug discovery by simplifying data integration. 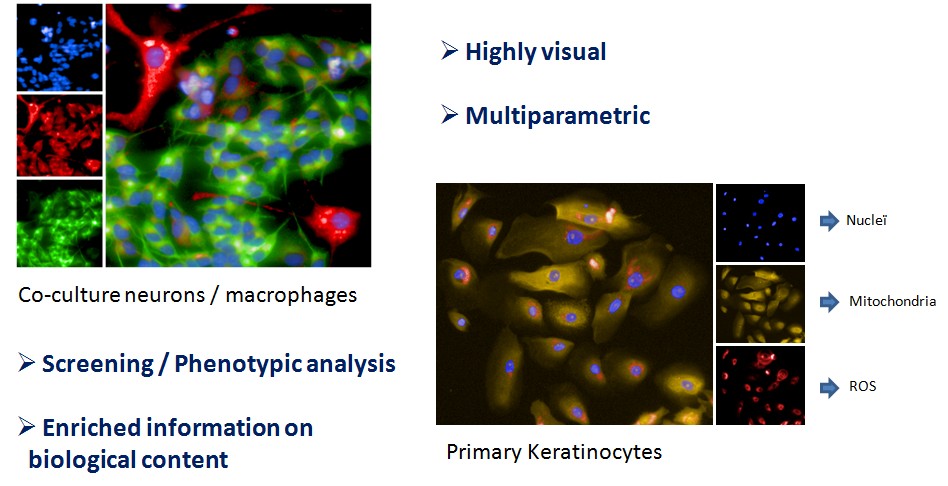 Screening: Ability to work with large chemical libraries, or to perform bioguiding studies to optimize extraction and production of bioproducts.

Cell imaging: Computerized analysis of the read pictures with powerful algorithms thanks to the increase in computing capacity → Statistical analysis on pictures stored

Phenotypic approach: HCS is a part of the cellomics approaches which give relevant informations on overall cell behaviour (whereas genomic, transcriptomic and proteomic give informations which interpretation is subject to many factors)

Interest of cellomic compared to other omics technics 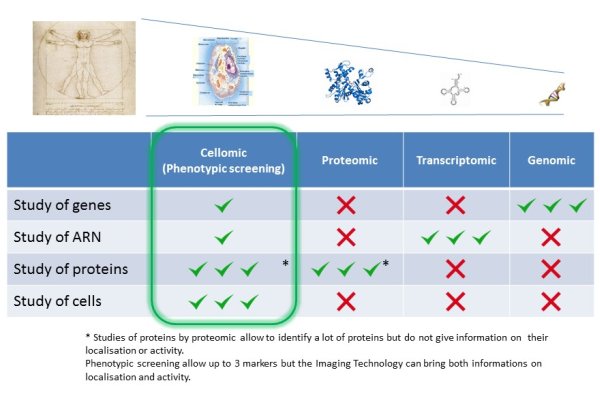 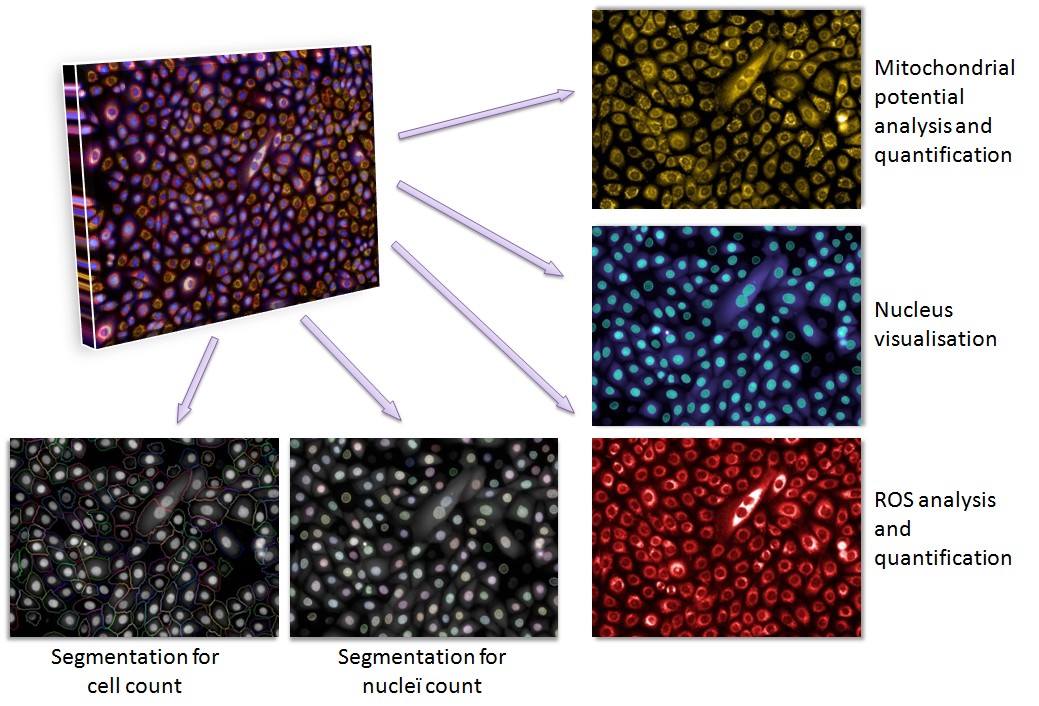