Preclinical models are both in vitro and in vivo models. The main limitation of animal models are the interspecies differences between animal and human cells. At the contrary, in vitro model display the advantage to be set up with human cells. However, cellular models are often too simple, with cell growing in 2 dimensions on a plastic surface, very far to the organ structure in which cells are organized in 3 dimensions in the extracellular matrix.

Actually, the 3D cell organization impact on cell-cell communication, and thus impact cell response. Moreover, the ECM is involved not only in physical structure, but also in tissue homeostasis, biochemical signal retention and mediation, and thus in drug distribution. It is also involved in cell migration, differentiation and maturation (Clause and Barker, 2013; Sainio and Järveläinen, 2020; Su et al., 2017). More and more studies highlight the ECM modification and implication in neurodegenerative diseases (Bonneh‐Barkay and Wiley, 2009).

Register for our next webinar about BIOMIMESYS® Brain (June 1 & 3)

That is for all these reasons that it is necessary to take into account the 3D cell organization and the ECM in in vitro models, to enhance their relevance and their predictivity. In this aim HCS Pharma developed BIOMIMESYS®, a hyaluronic acid-based hydroscaffold which mimic the ECM and allows to cultivate cells in 3D.

Feel free to contact us if you want more information concerning our techology for 3D cell culture BIOMIMESYS® Brain hydroscaffold ! 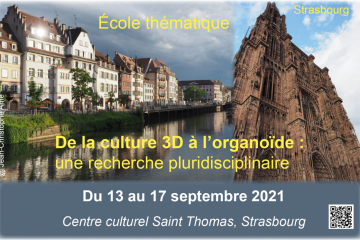 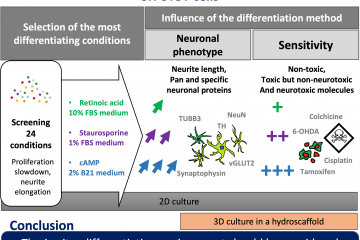 It is our pleasure to announce that the article of our PhD Student Véronique De Conto has been published in Toxicology in vitro journal. This work comes from a collaboration between HCS Pharma and Inserm Read more…