Towards better in vitro models : example of vascularized tumor-on chip

In 2018, the World Health Organization announced 9.6 million deaths due to cancer, worldwide. Concerning the cancer cost, it was estimated to be more than US$ 1.16 trillion. For these reasons, developing more effective anti-cancer molecules is primordial.

Unfortunately, despite the large number of molecules tested, 43% of failure occurs during late stage of clinical trials, which is a considerable loss of time and money. Indeed, most efficacy assays are made using 2D cultures, a non-relevant model. Animals are also used to test molecules, but they do not always provide good predictions concerning molecules’ effects on the human body. This lack of relevant models prevents scientists from finding new therapies and currently, it takes more than a decade to develop a treatment.

This is why scientists are developing new cellular models to better mimic the in vivo environment. For example, Nashimoto et al. have developed a perfused vascularized tumor model, using different cell lines: endothelial cells (HUVECs), breast cancer cells (MCF-7) and human lung fibrobast (hLFs). They co-cultivated these cell lines to form spheroids and then placed them into the center of a multichannel microfluidic platform.  The other channels were seeded with HUVECs and perfused in order to mimick a vasculature around the tumor and to imitate the adsorption, distribution, metabolism and excretion found in vivo.

They studied the importance of the flow by comparing static vs perfused conditions. As biomarkers, they used Ki67, CD31 and E-cadherin, for hLFs, HUVECs and MCF-7 viability. Then, they evaluated cell viability after a treatment with Paclitaxel.

Results shows that E-cadherin rate (used as a tumor marker) decreased for paclitaxel between 5 and 50 ng/mL, in static condition. At 500 ng/mL paclitaxel, vasculature was totally detached from spheroids. In dynamic conditions, they were not able to evaluate the 500 ng/mL condition because of the vasculature detachment. However, with 5 and 50 ng/mL paclitaxel, the system remained intact. There was no difference between control (0 ng/mL) and 5 – 50 ng/mL, which shows a better resistance to treatment of cancer cells in perfused conditions.

HCS Pharma is currently developing more predictive models in 3D using BIOMIMESYS® Oncology into microfluidic devices. We are looking forward to showing you our results! 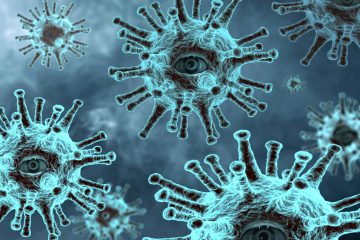