Parkinson’s disease (PD) is the second most common neurodegenerative disease after Alzheimer’s. PD is a complex heterogeneous disease characterized by the progressive degeneration of dopaminergic neurons in substantia nigra pars compacta. Etiology of sporadic PD, which accounts for >90% of the incidence of the disease, remains unclear. Many lines of evidence have indicated an environmental exposure basis for the disease.

High content screening (HCS) should allow finding new pathways involved in the onset of PD by screening molecules based on phenotypes related to cell death. Rotenone, a chemical compound commonly used as a pesticide, is well-documented as a cell death inducer of dopaminergic neurons in the substantia nigra and allows mimicking PD in vitro and in vivo.

HCS Pharma is working to develop new, more complex and relevant in vitro cellular models that mimic the pathology as closely as possible.

To learn more on our models, see also posters presented in different congress:

In this example, diferenciated SH-SY5Y were treated with a dose effect of rotenone. After 48h of incubation, cells were fixed and stained with Hoechst and MAP2. 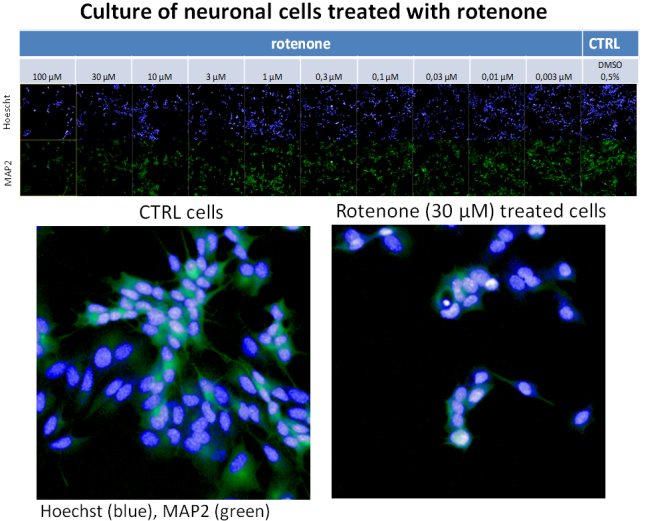 Other staining can also be performed as for example: beta III tubulin for neurites analysis or PSD95 and SNAP25 for synapse analysis: 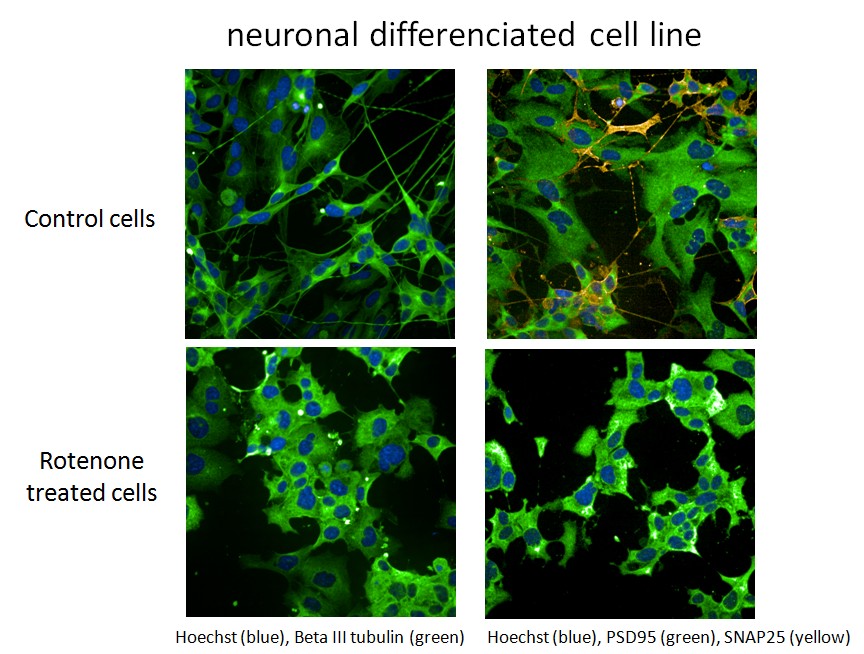 Neurorotection assay can be performed as shown by incubation of amantadine, a weak antagonist of NMDA (glutamate receptors), in this model: 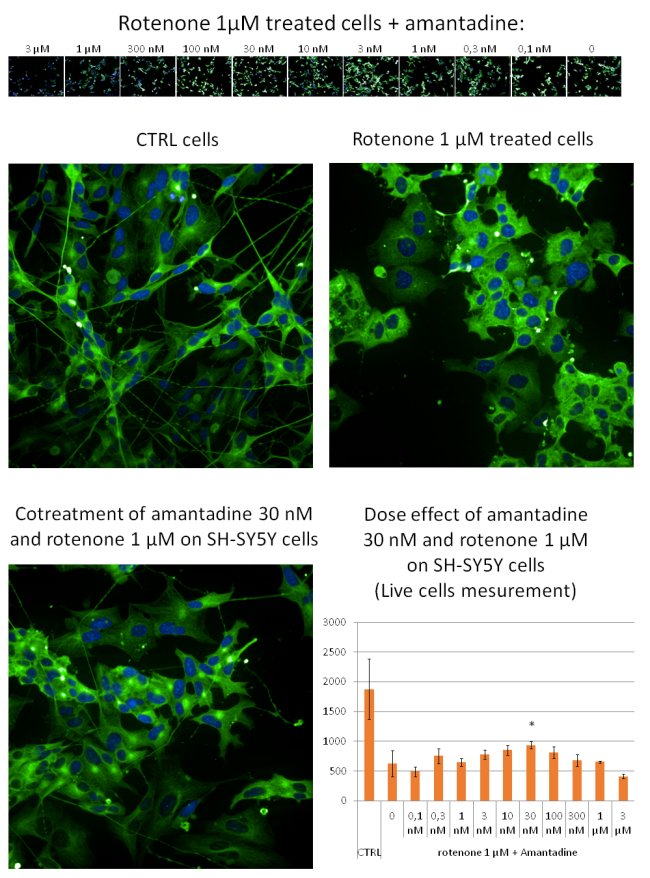 If you want to know more about this assay, don’t hesitate to contact us !