Cancer cells have the property to proliferate and to migrate. Anti-cancer drugs have to stop the propagation of cancer cells. The in vitro scratch assay (also called wound healing) is an easy, reproducble and well-developed method to measure cell migration in vitro. The basic steps involve creating a “scratch” in a cell monolayer, capturing the images at the beginning and at regular intervals during cell migration to close the scratch, and comparing the images to quantify the migration rate of the cells. In general, the scratching step is performed with a pipette tip.

In HCS Pharma, We have developed this scratch assay on a  robotic plateform with a 96-well head allowing to have more reproducible scratch and higher screening. We follow the cell migration and proliferation by High Content Screening. This assay has been performed on different cell lines as Hela, HT29, HepG2 and Caco-2 and depending on the cell line, the scratch is more or less sharp (reproducibility is around 15 to 20% on Hela or HT29 cell lines but can increase until 30 % on HepG2 when the crash is less sharp).

To learn more on our model, see also our poster presented in different congress.

Here is an example of time effect after scratch and induction with 8 different compounds on Hela cells : 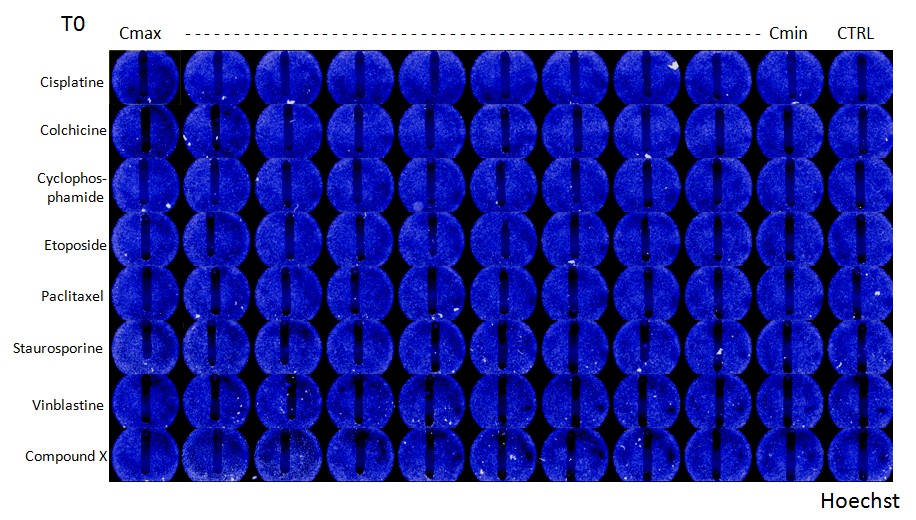 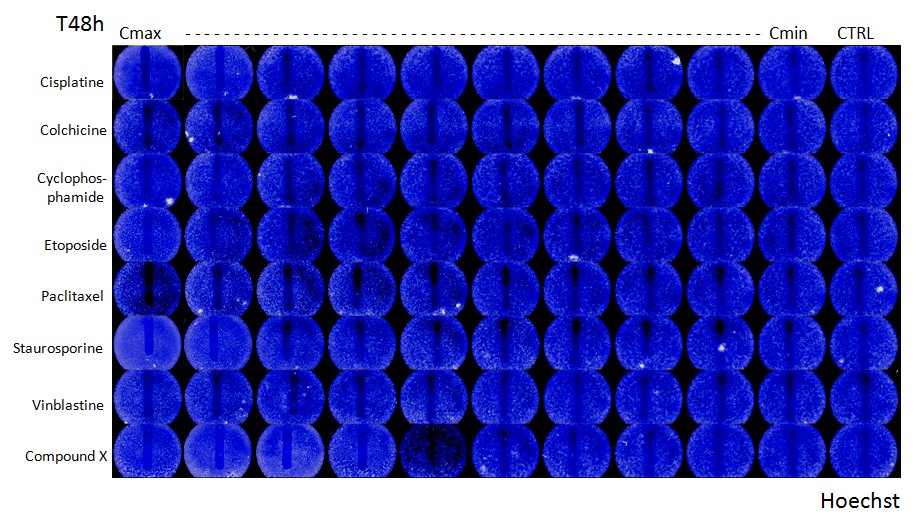 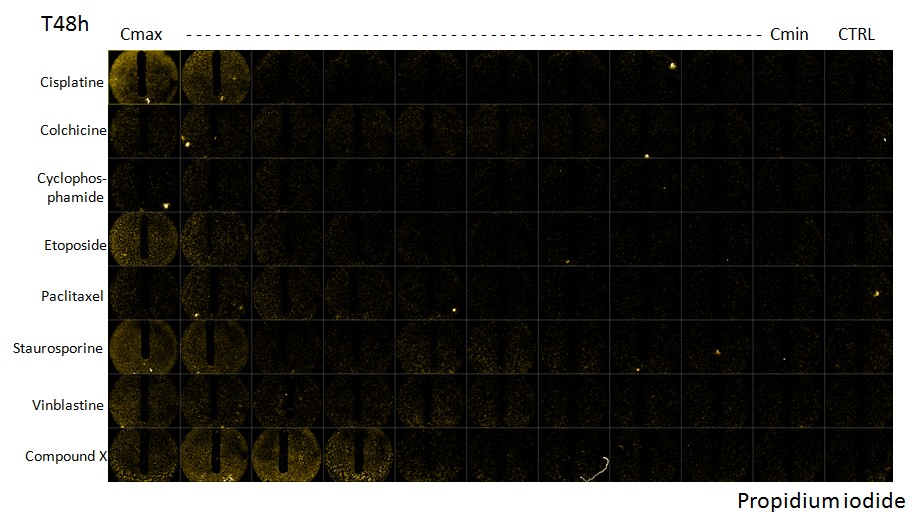 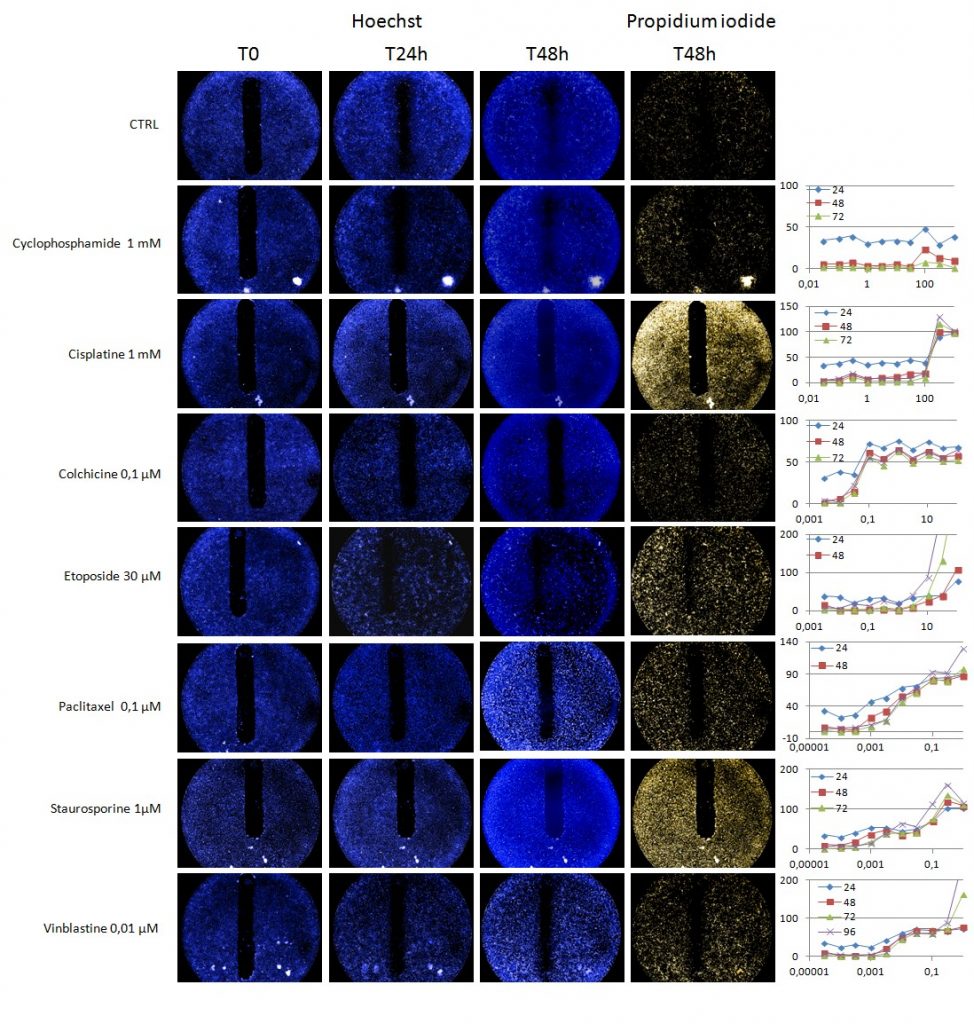 This other example is on HepG2 where the scratch is less sharp : 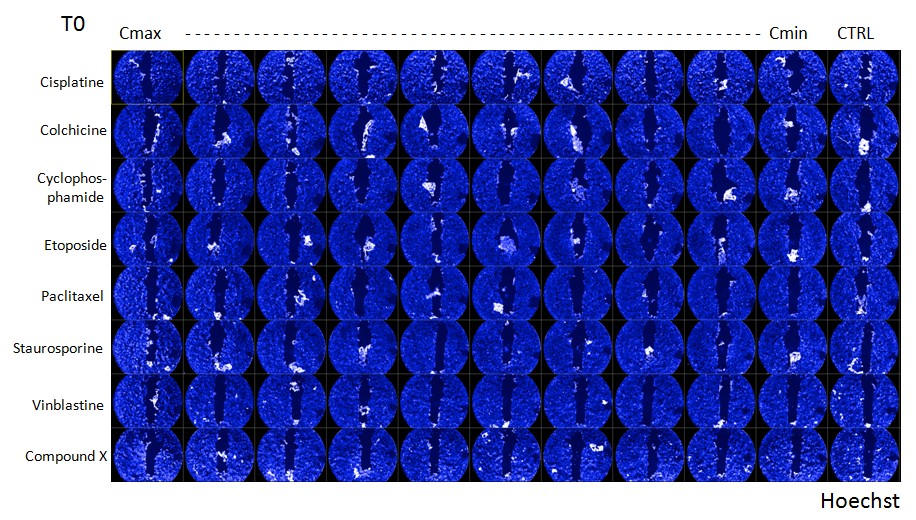 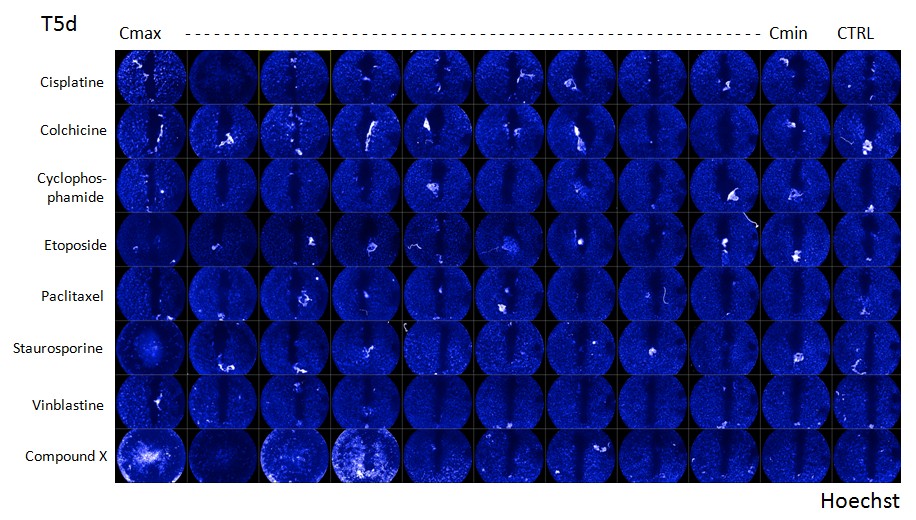